The Maximum width of the Red Sea is 355 km, the maximum length is 2,250 Km, and the water volume in the Red Sea is 233,000 km3. The first exploration of the Red Sea started around 2500 BC. In the 6th century BC, Darius I of Persia made the Red Sea his navigation project. After two centuries, Alexander the Great continued the exploration process where he sent his naval expeditions to harness the resources of the Red Sea. From that time forward, the Red Sea has played a crucial role in trading and linking countries together across the centuries until our current day.

Weather in the Red Sea

The weather around the Red sea tends to be warm in summer and cold in winter. The average water temperature is 22 °C. The temperature in winter can be 28 °C and 34 °C in summer. Its climate is a result of two monsoon seasons, which are a northeasterly monsoon and a southwesterly monsoon.

It is also known as the Gulf of Arabia, which is a seawater inlet of the Indian Ocean that is located between Africa and Asia. It is about 2200 km long and its width is 330 km. The Suez Canal connects the Red Sea to the Mediterranean Sea and Bab El-Mandab which is why many ships go through the Red Sea. There are many Ports of the Red Sea like Jeddah, Suez, Safaga, Aqaba, Eilat, Port Sudan, and many more. The Sea is the home of more than 1000 different species of fish and 200 hard and soft corals. There are many countries next to the Red Sea such as Egypt, Saudi Arabia, Sudan, Yemen, and Israel.

The Economic Aspects of the Red Sea

Resources: There are five important types of resources in the Red Sea, which are Petroleum deposits, evaporate deposits, sulfur, phosphates, and heavy-metal deposits.

Navigation: It is difficult to navigate in the Red Sea. There are two channels that are kept open for shipping at Bab El-Mandab strait and Suez. The irregular water currents add to the navigational hazards.

Interesting Facts About the Red Sea

The Role of the Red Sea in Ancient Egypt

This fanciful sea played a crucial role in shaping the life and history of Ancient Egypt and changed the way people lived and thought through providing different facilities and possibilities such as:

Transportation: Sea transportation is much easier than land transportation that’s why civilizations that had direct access to water had the advantage as it facilitated in the trading of goods, technological achievements, and cultural ideas. The Red Sea helped Egypt to have access to Africa and the east part of the world.

Stability: The stability of the geographical location is the thing that helped in the rise of Ancient Egyptian Civilization. It was the reason behind having a stable agricultural system. Without the Red Sea, Egypt would have been an isolated place and there won’t be any technological development and stability.

Cultural Exchange: The Red Sea provided not only access to Africa and the east but also it helped in exchanging things much further than goods. It helped the ancient Egyptians to exchange culture and knowledge with other civilizations and countries.

What is the Red Sea Famous For?

Nothing can compare to explore the heritage and legacy of ancient Egypt where history was made in this timeless everlasting destination. Through our Egypt vacation packages, you will enjoy a paradise surrounded by everything you can imagine from magical destination that exhibits mind-blowing historical facts, marvelous locations, and the most enjoyable activities in the most affordable prices. 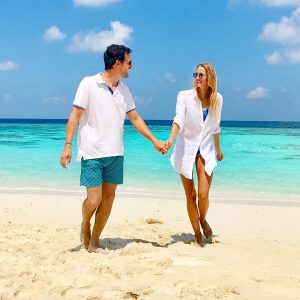 Enjoy the jewels of the Nile & the Red sea in 8 days Egypt honeymoon tour and live an unforgettable holid... 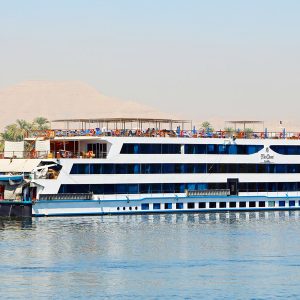 Experience a luxury sailing with Oberoi Zahra Nile cruise and discover the best attractions of Luxor & As... 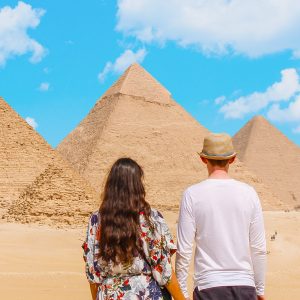 Discover the best of Egypt Capital through 2 days Cairo tour. You will visit Giza pyramids and old Cairo ...