Under the shadow of the heavens lives a biblical land between two seas that shaped the history of humanity. The Sinai Peninsula is a wonderland filled with everything from historical sites like Mount Sinai, Saint Catherine’s monastery to the most beautiful aquatic sites, and resorts. Sinai is filled with amazing scenery, magical underwater marine life, and majestic Sahara filled with a number of enchanting attractions. In this land of Paradise lies the keys to a magical holiday that will capture our imagination for centuries. 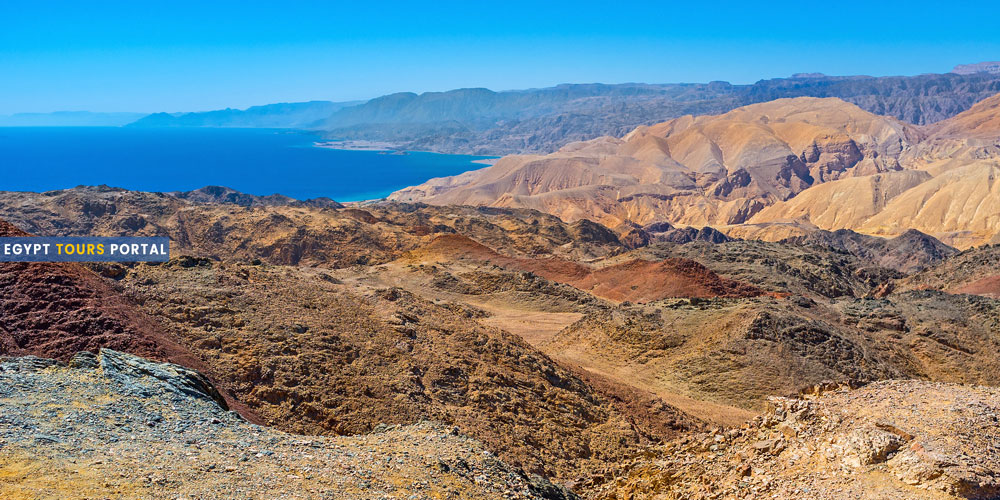 Sinai is a peninsula located between the Mediterranean sea to the north and the red sea to the south, the only part of Egypt located in Asia. The only gateway to Egypt from the east. It consists of 61,000 square km divided into two governorates the southern Sinai and the northern Sinai governorate. The largest city in Sinai is Al-Arish the capital of the north Sinai governorate famous for its beautiful shores and palm-lined beaches. The Southernmost tip is called the Ras Muhammad National Park. The climate is sunny all year long but with a cold-weather due to the high altitude and mountain topographies. 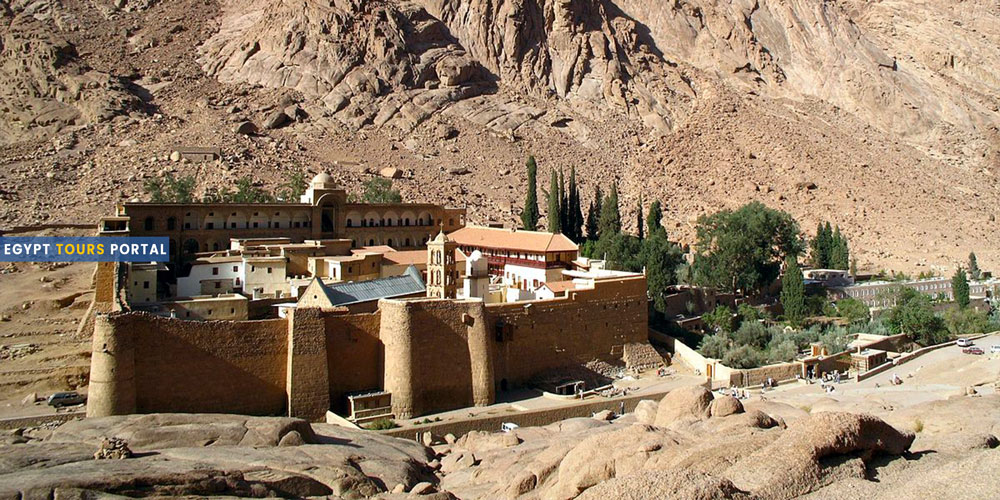 Sinai has been known as the lands of the prophets and conquers for over 5000 years. Sinai has always been of great importance due to its strategic geopolitical location and cultural convergence. It was the center of conflict between ancient civilizations the Levant, Mesopotamia, Asia Minor, and even the Ptolemaic era. Sinai has been occupied and controlled by foreign empires even in the recent history Ottoman Empire (1517-1867 AD) and the United kingdom (1882-1956 BC). It was the battlegrounds in the modern era between Egypt and Israel which ended in a peace treaty in 1979 the withdrew of all the Israeli forces from Egyptian lands. Nowadays, Sinai has become a tourist destination filled with beautiful settings, rich coral reefs, and a great biblical history. 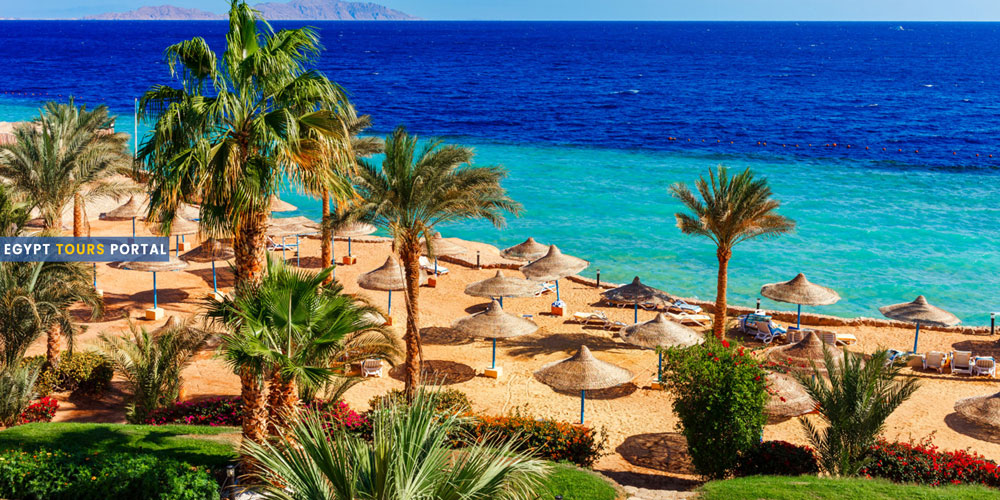 At the southern part of Sinai peninsula, just 12 km from Sharm el sheik is the national park of Ras Mohammed spanning across 480 km containing an underwater haven filled with 220 kind of coral reefs and 1000 different species of fish inside famous shipwrecks like the famous ss Thistlegorm that makes ras Mohamed one of the best diving destinations in the world.

One of the holiest places on earth located on the summit of Mount Horeb where Moses received the Ten commandments from the all mighty. It is standing at an elevation of 1,586 Meters above sea level, constructed by the order of Sinai between 527 and 565 BCE at the mouth of a gorge on the top of Mount Sinai. The monastery became a UNESCO world heritage site in 2002 because of its historical importance.

The beautiful city of Dahab lies on the southeast coast of Sinai Peninsula plus about 80km (50 mi) northeast of Sharm el-sheikh, famous for adventurous aquatic activities such as diving, snorkeling, kitesurfing, windsurfing and more. One of the most famous places in Dahab is the epic Blue Hole, the world’s most dangerous diving site, which offers a chance to explore the Bedouin tribes in the Sahara through super safari.

Is Sinai Safe to Visit? 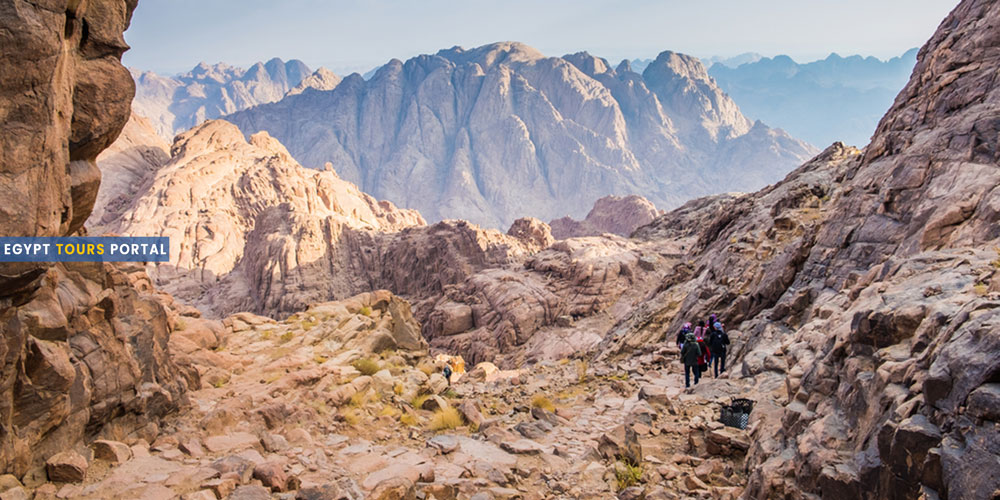 Sinai nowadays is a safe haven for travelers from all over the world who seek a holiday full of adventure, wonder, and relaxation. The peninsula has various underwater miracles beneath the red sea and seaside resorts that offer the finest sun-drenched holiday fun plus a heavenly Sahara filled with captivating natural attractions that will cast a spell of an everlasting allure and wonder on all its visitors.

Book A Trip to Sinai

Sinai is a portal to a new dimension filled with wonder and beauty containing everything a traveler could ever desire from incredible adventurous activities to the finest accommodations and services. A divine invitation from the heavens is waiting in Sinai just one click away through our Egypt private tours or save time and contact us to customize your own Egypt holiday which includes a visit to Sinai below.

Thoughtful thoughts to your inbox

The Do’s and Don’ts of Egypt

How to Enjoy Best Nile Cruise Depending on Your Destination

How to Enjoy Best Nile Cruise Depending on Your Budget

How to Enjoy A Perfect Group Tour to Egypt

For about two decades, Egypt Tours Portal has been the ultimate gate to the kingdom of paradise where all heavenly elements and evidence that make Egypt great are showcased in the most incredible way. It offers the chance to turn your wildest dream into a reality and experience the essence of one of the oldest civilizations on earth and the most hypnotic example of pure natural majestic allure.

What Are the Finest Destination to Visit in Egypt?

Was This Page Helpful For You?