Out of the lifeless harsh nature of the western desert of Egypt rose the Bahariya Oasis which is one of the most genuinely mesmerizing destinations in all of Egypt. The oasis is incredibly beautiful and also holds an important historical significance to roots deep into ancient Egyptian civilization. The oasis has also been a treasure trove of some of the most important archaeological finds in our modern times. The name Bahareya is derived from the Arabic word Bahar which means sea which refers to the Mediterranean sea to the northern lands of Egypt in ancient times. The ancient Egyptians called it “Deses” while the Romans named it Parva or little oasis.

The Bahariya Oasis is 370 km north of the capital Cairo, it is 94 km long and 40 km wide and covers an area of 2000 km². in the heart of the oasis is the capital Bawiti. The Oasis is surrounded by various numbers of huge mountains like Ghurabi, Maghrafa and Dist and tourism and iron ore mining are the main economical sectors. Life is able to find the way as it produces agriculture products like guavas, mangos, olives, and dates. In the northernmost point of the oasis is the small lake of Al Marun. There is also a number of natural hot springs in the north of the oasis. The Oasis holds a museum which contains a number of native art.

Bahariya Oasis history dates back to the time of the ancient Egyptian and Egypt middle kingdom (1975 BC-1640 BC) which the first human settlement was established. During the 18th dynasty, the Oasis had political importance due to its incredible location on the track of the trading caravans between the western desert, the tribes of Libya and the Nile valley. In the 26th dynasty, the oasis became the center of the trading routes of the western desert. In the Greco-roman period (332 BC-395 AD) the Bahareya Oasis became the producer of great products like wine, olive oils, dates, and cereals.

A number of ancient Egyptian artifacts, monuments and mummies were discovered in 1999 in the most important burial site for Romans in the history of Egypt. Hundreds of tombs were found in the necropolis on a surface area of 36 square km containing a perfectly preserved mummies covered with a mask made of linen and plaster. What makes these mummies unique is that they merge the traditional ancient Egyptian pharaonic shapes with colors associates with Roman mythology.

One of the most famous sites is the temple and chapels of Ain El Muftella which the tombs of 26th dynasty including pharaoh Amasis (570 BC-526 BC). There is also the tombs of Zed Amun Ef Ankh which contain the rich decorations and ornaments with religious scenes of mortuary rituals and offerings. The most beautiful Necropolis in the Oasis is the Muzzawaqa that holds 300 tombs heavily decorated and perfectly preserved, containing main themes of giving offerings to the dead person, and the procession of the funeral in a Greco- roman artistic style.

The natural beauty of Egypt knows no bounds, discover all the incredible destination of this majestic location and explore some of its incomparable artifacts. 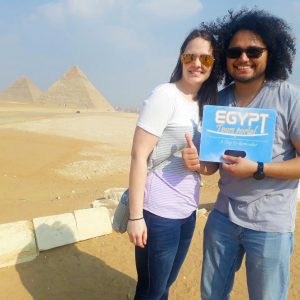 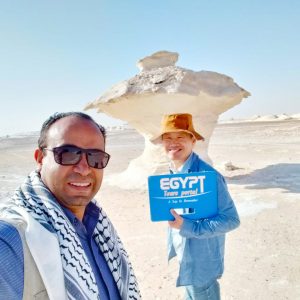 Book Now Egypt itinerary 14 days to visit Cairo and Luxor. then go to the oasis and finally enjoy the rec... 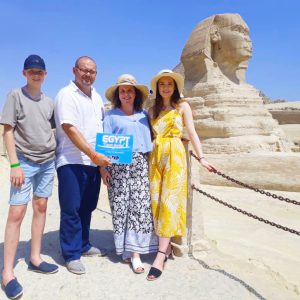