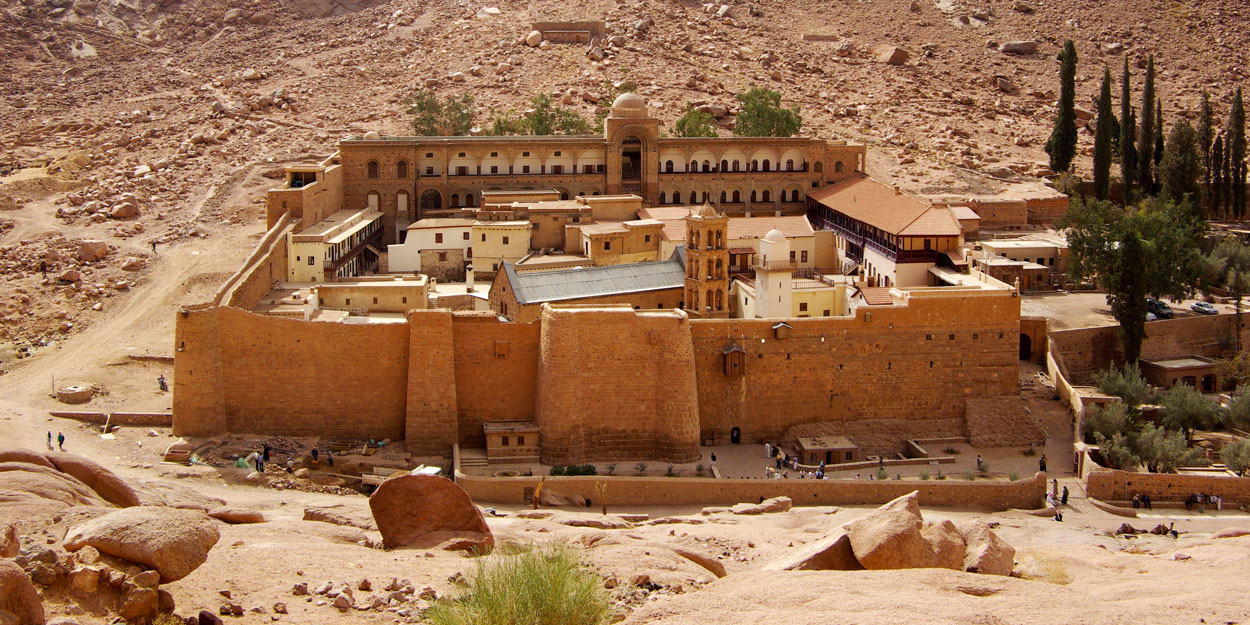 One of the oldest continually functioning monastic communities in the world is Saint Catherine monastery where the all-mighty looked upon Egypt and delivered a message of grace and love on top of one of the heist points in Egypt on one of his loyal subjects. Over the centuries the place became the center for miracles one of wish the great saint Catherine monastery the UNESCO World Heritage Site.

Saint Catherine monastery was constructed 527 AD by the Byzantine emperor Justinian I around the chapel of the burning bush ordered by empress consort Helena (Mother of Constantine the Great) on the site where mosses have seen the burning bush. The monastery became a center of refuge and pilgrimage during the middle ages in the 6th century. In the 8th century, a mosque was built inside its walls.

Saint Catherine's is a greek orthodox located on Mount Sinai at an altitude of 1500 m (5000 ft) above sea level within a narrow valley just north of mount Musa in the Sinai Peninsula. Set Beneath the mountain where the prophet Moses is believed to have received the Ten Commandments.

This greek orthodox monastery's original name is the Sacred Monastery of the God-Trodden Mount Sinai and the Monastery of the Transfiguration, but later on, it became connected with St. Catherine of Alexandria which is a 3rd-century martyr who was tortured to death by her father for succeeding in converting 50 of his followers to Christianity in 307 AD. St. Catherine's Monastery became a major pilgrimage destination in the Byzantine Era even till its own current day.

Saint Catherine monastery is a defining feature of the Holy Land, within its great wall lies a unique citadel incredibly important and rich in religious and historical facts. One of its grand treasures is a massive library containing ancient manuscripts and icons second only to the Vatican itself, and a 6th-century church located directly on the side of the Burning Bush.

The Monastery's great Library consists of the biggest and most significant of its type on the planet, the library contains a rich collection of 4,500 manuscripts mainly Greek, plus Arabic, Coptic, Syriac, Slavonic, and more, plus a considerable number of printed books. About 5,000 of these are old editions, some of which even date to the earlier days of the discovery of printing.

It holds an impressive collection of irreplaceable works of art mosaics, early icons. Inside the church lies El-Mouta church (the church of the dead), plus 6 wells, 4 springs, and a large garden filled with fruit trees of various kinds and two mills.

Book Your Trip to Saint Catherine

Saint Catherine's monastery is a gate to the heavens containing true works of heavenly art that spreads joy and wonder inside every traveler who explores its surroundings and constructions. If you are close to the mountain top reach for paradise and book an Egypt holiday tour from the UK to this immortal wonder. 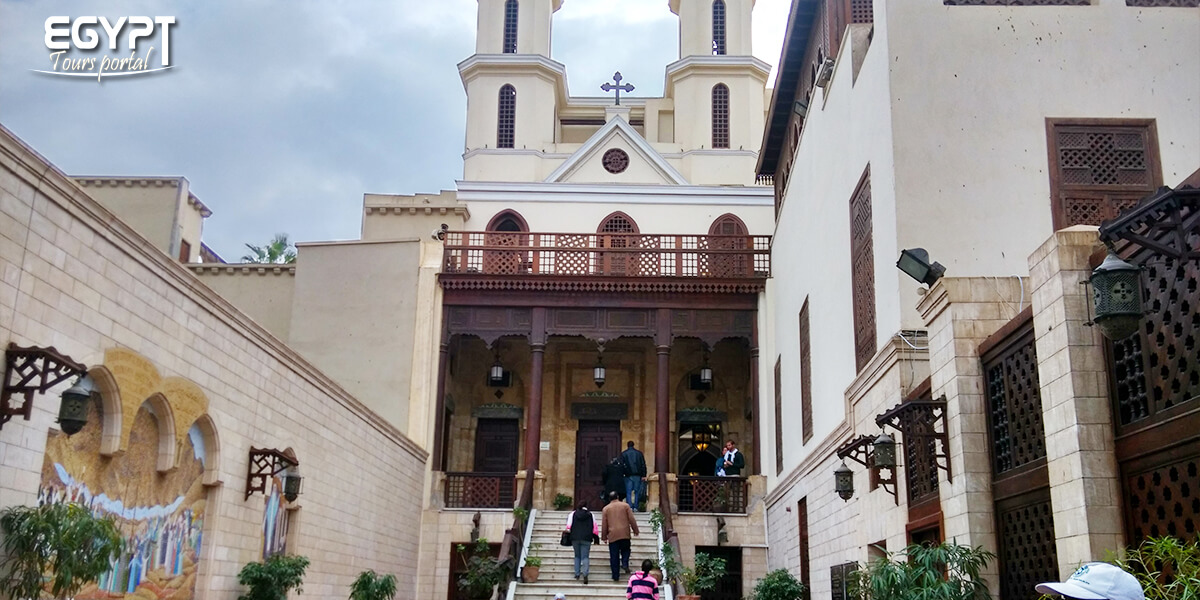 There are a lot of churches in Egypt but there is nothing that can come close to the Hanging Church. the ... 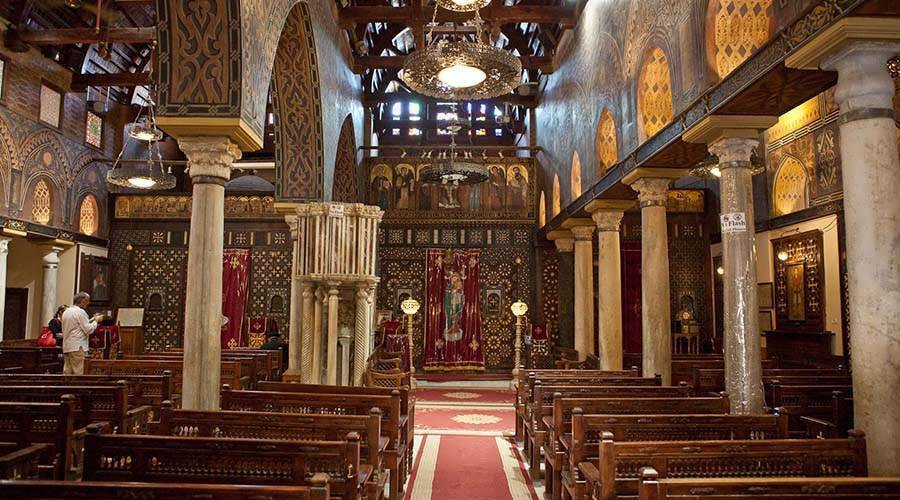 Abu Serga Church a.k.a St. Sergius was one of the places visited by the holy family during their escape. ... 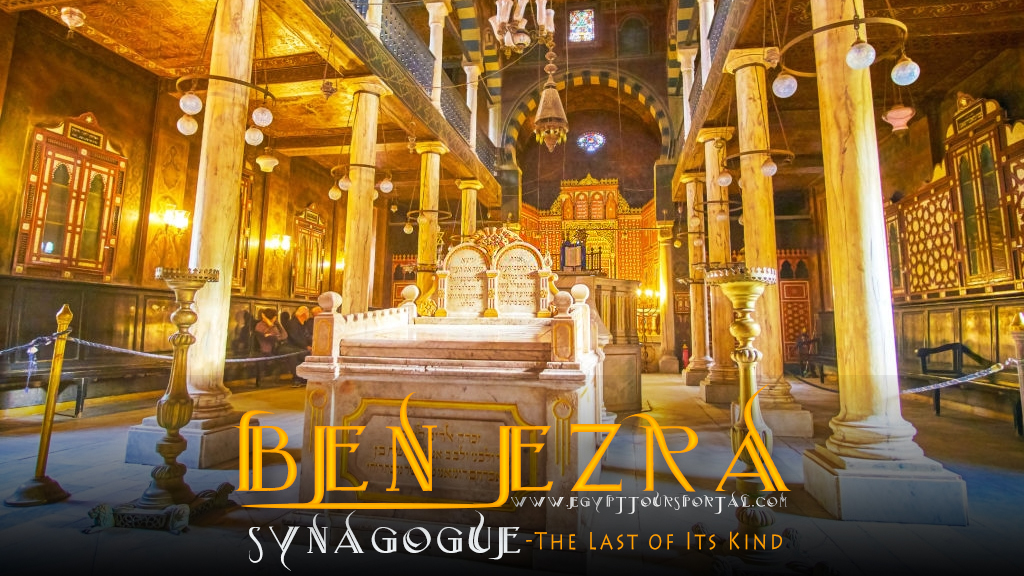